Welcome, Croeso- to our home-  the spectacularly lovely Wye Valley which we so enjoy sharing.

Enjoy this little video of the Wye Valley. The window opening at the very start is  Tintern Abbey Cottage!

The Wye Valley  is  such a special area that it has been designated as an internationally important protected landscape containing some of the most beautiful lowland scenery in Britain. Clean and green.

A  58 mile/92km stretch of the River Wye winds down the valley through spectacular limestone gorge scenery and dense ravine woodlands. Superb wildlife, intriguing archaeological and industrial remains and impressive geological features all make it into one of the most fascinating Areas of Outstanding Natural Beauty. And this our own home- and our office!

This is our county enjoy the little movie!

Designated in 1971, this unique landscape straddles the border between England and Wales. It includes areas within Gloucestershire, Forest of Dean, Herefordshire and Monmouthshire ( thats us!). In some parts the Wye is the actual international border ( fun for children to go ” abroad” by changing banks in canoes or across bridges!!)

An area officially recognised as exceptional

(1) Exceptional landscape – dramatic limestone gorge and some of the most outstanding native woodlands to be found in Britain.

(2) Impressive geology – from Silurian limestones to plateaux of Old Red Sandstone: “Like a set of pie dishes, one within the other.”

(4) Wildlife – A quarter of Britain’s population of lesser horseshoe bats, a growing population of peregrine falcons, goshawks, ravens, rare whitebeam, nightjar  and even red kites have been noted. Lesser known fish like the shad and twaite.. Populations of wild boar, deer, badgers, foxes,otters and the occasional seal are spotted ..

Due to the dense woodlands of native trees autumn in the Wye Valley is stunning. First the leaves change from green to gold, and then the shades of red appear.  Come ” leaf peeping” as our American guests call it. There is a different colour every day from September until winter gales end the show.

Tourism  had started towards the end of the 18th century, particularly as a result of the French Revolution and the Napoleonic wars which prevented the members of the aristocracy and the newly emerging middle classes from travelling to Europe on the ‘Grand Tour’.  Tourism could also be linked to the Romantic movement, and to the interest of poets and painters of the late 18th and early 19th centuries in the beauty of the natural world, and in the spiritual uplift of mediaeval gothic buildings – especially ruined ones!  From a cultural standpoint Romanticism represented a shift from seeing nature as something wild and dangerous, to be avoided if at all possible, to appreciating its beauty and its therapeutic properties- as we do today.. Coleridge came here on a walking tour. in 1794  That was revolutionary- until then only a peasant would walk anywhere bt a new tradition was starting.

William Gilpin’s writings on the ‘picturesque’, especially his Observations on the River Wye which appeared in 1782, helped to make landscape painting a popular amateur pastime, as well as a professional occupation, in the 19th century, and captured the imagination of tourists in that period. He influenced the remarkable popularity of English landscape painting during the last decade of the 18th Century, and inspired the Romantic poets.

In this period the Wye Valley from Ross southwards to Chepstow witnessed the birth of British tourism, and by 1850 more than twenty accounts of the Wye Tour had been published. Probably the first guided tour took place in 1745 when Rev. John Egerton started taking friends on boat trips down the Valley from the rectory at Ross-on-Wye. The many guidebooks, engravings and paintings led to a steady stream of visitors. Some of these accounts are today held in the Museums of Monmouth and Chepstow and make an interesting visit.

In the heart of the Wye Valley lies Tintern Abbey, its jewel

An area of outstanding beauty complemented by an outstanding beauty in stone. If only the walls could talk! The chants of countless monks echo through the masonry here. Despite the shell of this grand structure being open to the skies, it remains the best-preserved medieval abbey in Wales. Tintern was only the second Cistercian foundation in Britain, and the first in Wales. The present-day remains are a mixture of building works covering a 400-year period between 1131 and 1536. You will marvel at the vast windows and later decorative details displayed in the walls, doorways and soaring archways.

The Abbey  was destroyed by Henry VIII’s men in September 1536  as part of his campaign of Dissolution . Its riches were taken, its structure destroyed and so the monastic life of the Cistercians in Tintern ended.

The closure of the Abbey in 1536 must have devasted the local economy, but matters improved again in the 1560s with the arrival of the wireworks. Engineers looking for a site for the manufacture of iron and brass for ordnance purposes chanced upon Tintern. It offered all that was required. The Wye for transportation, the Angiddy stream for water power, trees for fuel and charcoal and a ready supply of minerals in the locality.

Although the first brass in Britain was produced at Tintern, the brass works soon became the wire works and the wire produced employed some 100 men in Tintern at the site now known as the Forestry Yard. Throughout the county, upwards of 5000 people were manufacturing goods from the wire. Hooks, eyes, needles, wire combs, farthingales, bird cages etc were among the final products.

For the next 300 years the numerous wire works and forges along the Angiddy valley dominated the village and surrounding communities. The managers even paid for preachers and schoolmasters. The Industrial Revolution finally put paid to it all and by the end of the 19th century all the works had closed.

Fortune smiled on the village however. Tourism had started towards the end of the 18th century but the arrival of the Wye Valley Railway in the 1870s greatly increased the number of visitors. Apart from the forest industry surrounding the village, tourism became the main stay of Tintern’s economy.

Tintern still warmly welcomes the many visitors who pass this way each year, seeking the renewal that comes from a short time spent in its uplifting and historic landscape. You can walk  along the former railway route and acros the  bridge built to serve the wireworks.Do stop for coffee and cake at Tintern Old Station.

Tintern Abbey Cottage was built within the original perimeter wall of the Abbey in about 1750 and has unsurpassed views of its glorious neighbour. Walking distance to sveral pubs, gift shop, cafe , great walking along the Wye  and  Tintern riverside -and of course the Abbey itself. Bus stop at the bottom of the drive. This is a lovely village location.

Foxes Reach sits in the residential hamlet of Catbrook about 720 feet  and just under 2 miles by road, above the river at Tintern. It has neighbours but is not overlooked and it has its own hot tub in the sheltered garden.There is easy  access to everything in Tintern and beyond.

Both of these Wye Valley  cottages  make wonderful bases for your exploration.

(What about Vanilla Cottage? Dont forget our little gem on the “other” river , the Usk!  Super location  between the Wye Valley and the Brecon Beacons- and because the area is compact its only about half an hour from each vastly different area by car!)

Fun on the River Wye

The Wye itself  became an important commercial highway in the Middle Ages carrying coal, wood, charcoal, iron ore, stone and there are still traces of this history which lasted until recent times   Today its a river for fun. Rowers  compete around Ross and Monmouth, and safely above the tidal reach kayakers abound from Symonds Yat to Bigsweir. Less sporty? Kingfisher cruises will take you on a trip from Symonds Yat!  During the first week of September colourful  and eccentric ( in fact mad) home made rafts race from Monmouth to Whitebrook and raise thousands of pounds for charity. There is wild swimming in summer- though thats a bit chilly for us!

The Wye is clean and the salmon are famous. Many of the fishing beats are family heirlooms, changing hands rarely and for large sums. (A few will take guests  for the day and we can direct you.)  You can walk the riverbanks from Chepstow to Monmouth ( and further if you have energy!  ) free of charge. Take a picnic or stop at a pub –  then catch the 69 bus back to the Abbey bus stop, right by our drive!.

Book your stay in the Wye Valley 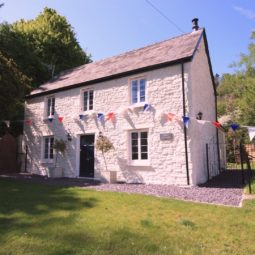 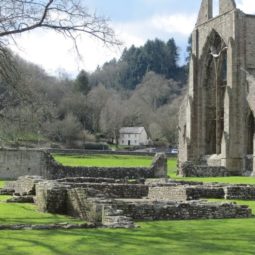 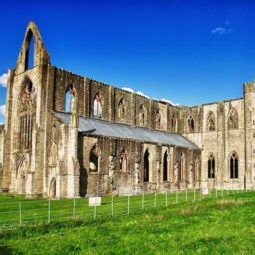 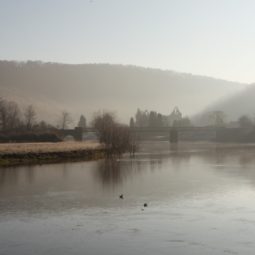 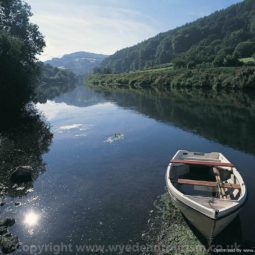 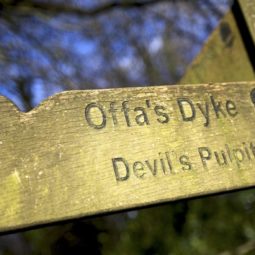 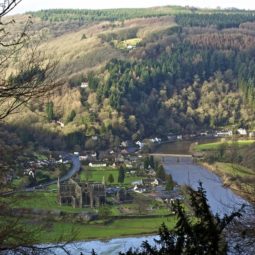 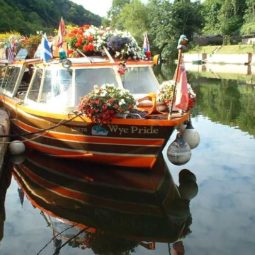 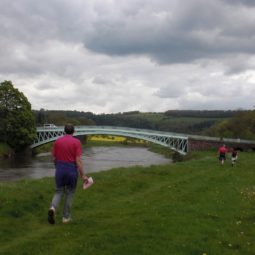 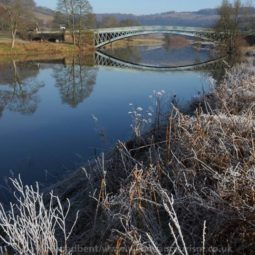 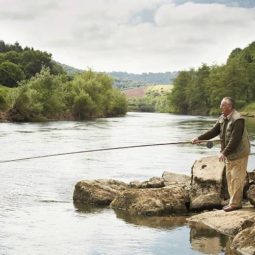 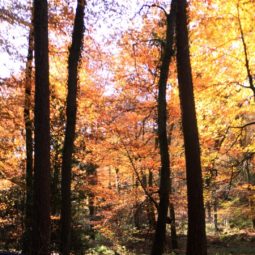 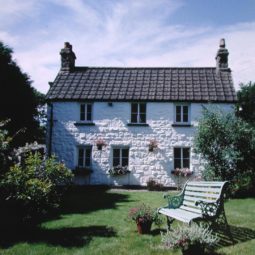 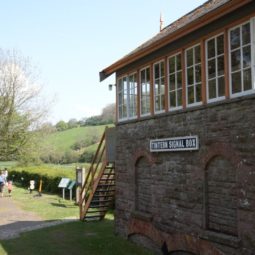 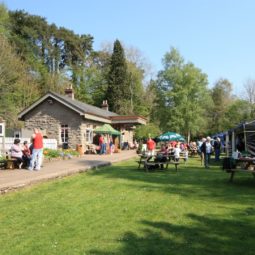 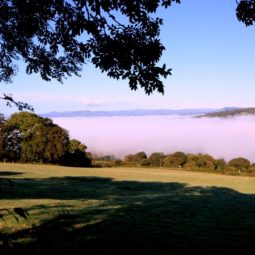 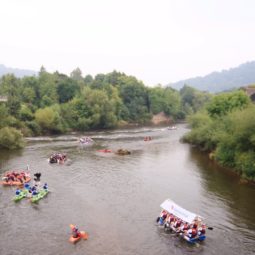